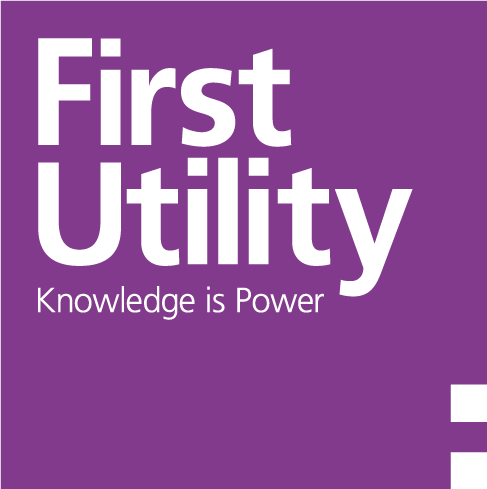 Founded in 2008, First Utility is the UK’s largest independent energy supplier, providing over 800,000 homes with 1.7 million services from gas and electric to telephony and broadband.

With so many households to serve, First Utility employs a team of 700 advisors who work across a mix of channels including email, phone, chat, and social media.

In 2015, longtime First Utility employee Rob Harris became the Head of Customer Service Platforms. With his new role, Harris inherited all technology platforms associated with the customer experience arm of the business. “Essentially, the energy industry in the UK is very complicated requiring a number of different back-office systems,” said Harris.

As a result of the industry complexity, First Utility advisors use a range of back-office systems depending on the stage of the customer’s journey; these include energy-specific systems, systems for billing, different ones for new provisions, and others for home moving. The mix of tools only continues to become more complex as First Utility expands its service offerings, most recently to telephony and broadband. Harris’ goal was to simplify the advisor interface as a first step toward further improving the already award-winning customer experience.

First Utility needed a solution that was flexible and easy to build on—something that could grow and evolve with them. The Salesforce platform, which the company had used since the business’s early days, proved difficult to adapt to their needs. “It’s kind of like a Swiss Army knife in that it can do many different things, but over time it evolved into a difficult to manage beast,” Harris explained. “As a business growing rapidly, we ended up in a place where we had a very convoluted interface, and the advisor experience was negatively impacted as a result of that.”

Nearing the end of a three-year commercial contract with Salesforce, Harris was ready to start exploring alternatives. “If I were to approach my Salesforce representatives with my vision, I was certain that they would have said, ‘We can do all this for you, but you need to replace those other back-office systems with a Salesforce component, and you need to pay another license for a data connector, and another license to do this,’” said Harris. “I would’ve ended up in a very restrictive place; uncomfortably dependent upon on a very complicated system that would only cost more as time went on.”

First Utility worked with Unify Communications, a Zendesk Preferred Partner, to source a new solution, and it was Unify that brought Zendesk to the table and eventually managed the implementation. When Harris first evaluated Zendesk, it was the flexible and easy-to-build-on API that grabbed his attention. “I was very much in favor of the API—the very streamlined, lightweight interface that Zendesk provides—especially the flexibility that the framework afforded me to realize a new vision going forward.” Harris appreciated that developers could focus on using JavaScript rather than vendor-specific programming languages.

Since switching over to Zendesk Support in July 2017, First Utility has used the Zendesk API to integrate support with the Serenova telephony platform, an in-house billing platform, AskFirst (a homegrown chatbot), Cloudset for SLA management and their data and analytics platform. The Zendesk API remains one of Harris’s favorite aspects of Zendesk. “It’s been a delight working with both the API and the service side of Zendesk as we’ve flushed this out,” he said. “It’s very different from the experience we had with Salesforce support, where I very much felt like we were just another number. It’s been nice to see a different experience here.”

As First Utility continues to integrate its systems with Zendesk Support using the Zendesk developer platform, Harris uses one word to describe the new interface: simple. “It is far simpler to administer our Zendesk solution than it was to administer the Salesforce platform, partially because we’ve been able to clean up the interface and get rid of a lot of the old dead wood we had hanging around,” said Harris. “In terms of day-to-day provisioning of users and setting up groups, macros, and triggers—that’s all simple to do, it’s clean, and it’s well understood.”

For Harris and team, a focus on improving the customer experience also meant improving the everyday experience of the frontline First Utility advisors. “We want to really focus in on the customer service advisor and give them the very best experience so that they can translate their experience onto our customers,” said Harris. The evolution of the advisor experience started with reducing the time required to train advisors on the product—since switching to Zendesk, First Utility has seen as much as a 50 percent reduction in onboarding time, noted Harris.

The easy-to-use Zendesk interface also contributed to empowering the team and improving productivity. First Utility has seen an across the board reduction in average handling time (AHT) of 20 seconds. And, as the team rolls out additional apps, they expect to see further improvements. “The feedback has been very positive from our internal advisors and also advisors in our third-party call centers,” shared Harris. “The advisors definitely find Zendesk far more intuitive, and they’re all very excited to see us develop additional apps over the course of 2018 to make their lives even better.”

Together, the reduction in the cost of software licenses and development resources, alongside advisor productivity gains has resulted in major savings for First Utility. “We’ve seen around a £2 million annualized benefit by making this move this year, and we certainly expect that to grow next year as we develop additional Zendesk apps to replace the different systems our advisors use when helping our customers.”

Before, with Salesforce, First Utility stakeholders felt limited—new developments would take a long time, be costly, and require a lot of manpower. But that way of thinking has since changed. “Through the transition from Salesforce to Zendesk, the mindset of my internal stakeholders has become far more positive,” shared Harris. “People see the opportunities and the excitement now that we’ve made this transition.”

Customers are noticing, too. First Utility recently received a number of awards including Customer Service of the Year award in 2017 for the utilities industry, and has been recommended for value and service from readers of Good Housekeeping magazine.

In 2018, First Utility will continue to grow its partnership with Zendesk and Unify—both by implementing additional apps and by rolling out Zendesk Guide, currently being used internally, to its external customer base. “I definitely feel like I’ve been listened to as part of this journey, and we all see our relationship with Zendesk as a strategic partnership rather than just a business buying products off another business,” concluded Harris.

“I was very much in favor of the API—the very streamlined, lightweight interface that Zendesk provides, and especially the flexibility that the framework afforded me to realize a new vision going forward.”

Start your demo with Zendesk today